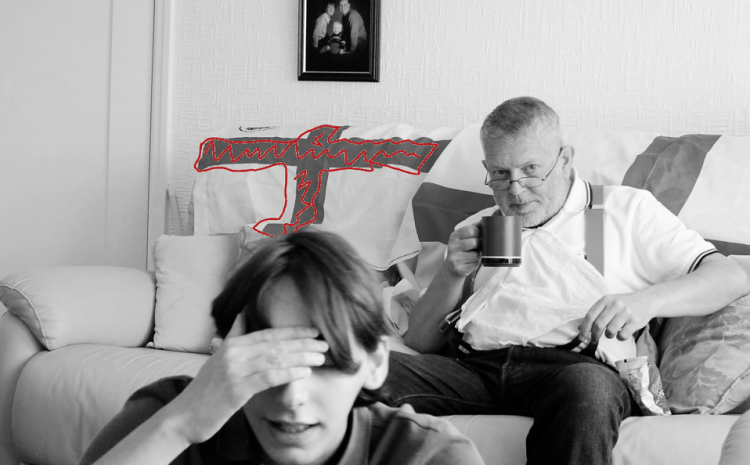 Dozens of people came together online for the premiere of The Same Boat?

The short film shines a spotlight on inequalities in UK society, specifically in the context of the pandemic. If you missed it, here it is:

The film was shown to an audience of around 60 people on Zoom on Tuesday evening, to coincide with Challenge Poverty Week, and had a hugely positive response.

Writer Ellis Howard, director Brody Salmon and members of the cast then talked about the ideas behind the film, the process, and what they hoped the impact would be.

The film includes diary-like accounts of lockdown life. It explores the lives of a young boy watching a re-run of the 1966 World Cup Final on TV with his grandad, and a stressed NHS worker, under pressure at work and struggling to make ends meet at home. The film combines cinematography and overlaid animation and the storylines are based upon interviews with people living in poverty.

The film came out of a series of creative workshops run by Church Action on Poverty over the spring and summer.

Here’s what some of the people involved say about the film:

Ellis Howard, writer: “In times of crisis, the working-class experience is often unvoiced or undocumented, so I am very grateful to pen this short film which, hopefully, humanely debunks the myth that the poorest and most vulnerable in our society are in the same boat as the more well-off. I would love people to come away from watching this film with the same impassioned rage about contemporary poverty in Britain that I have. In turn, I hope that rage energises all of us to lobby our MPs to push for structural policy change on a domestic and national level.”

Tommy Allan, who plays the grandad in the film: “Ten years ago I lost my job, lived on dole money and spent most of my days just eating pasta. Most of my days I was living off £5 a week after I paid the bills, but I had 30 years of full-time employment before that. I fight so nobody has to put up with the same as me.”

Kayla Masterson, who plays the nurse: “Ever since I was a young girl, me and my family have often struggled for money and found it difficult to have healthy balanced meals on our table, and even food in the cupboards some days. I grew up in a working class community which isn’t half as bad as what people think it is. As a community, we stuck together and never let anyone go through difficult times alone. It was actually really fun. It taught me the important things in life which I’ve carried with me to this age. My mum has taught me a lot too. As a key worker, she tries her hardest to provide for the family, even in times of need, but sticking together is what matters the most to us.”

Caleb Duckworth, who plays the grandson: “It was a pleasure to work on this incredible short film with brilliant people, and to spread awareness on a real issue in poverty made it all the more rewarding. I hope that as people watch, they take away what I did from the process, becoming more socially aware of issues of working class people, whether you are from that background yourself or not. Being a part of this project has definitely made me research, and react more to these stories we constantly see and hear, and hopefully this can be used as a resource for wider change and movement in the right direction regarding poverty.”

Ben Pearson, food power officer at Church Action on Poverty: “Working creatively together, alongside activists and allies, has seen a community grow online, where people have learnt new skills, met new people, and shared thoughts and feelings about lockdown and poverty. I’m so proud of everyone who’s worked on this film, the grassroots people who inspired it, the anger, humour and wit of Ellis, Brody for his creative energy, Kate for bringing it to life with animation and the cast and crew who are all so passionate about the underlying message. To have people who’ve experienced poverty themselves cast in the film has made it all the more authentic. We aren’t all in the same boat and until we are, we need to continue working together creatively, building a movement.”